How do you know what piano is truly the best? As with any other musical instrument, a piano’s performance and esthetic value is at best a subjective opinion. However, given the number of professional, semi-professional, and aspirant pianists on the planet, thanks to the internet, one can parse the myriad factors by reading reviews, learning the components of piano quality, and by playing in person and hearing the instruments in concerts.

While one person might see an antique Steinway piano as a cool piano, another might regard the beautiful pianos that have emerged in recent years with unusual art cases: Lucite, exotic woods, art work, and design individuality to be more worthy of consideration. The nice thing is that cool pianos of unimaginable variations are today available. No longer are you stuck with the cookie-cutter brown baby grand in the corner, huddled under grandmother’s piano shawl.

So, how can we categorize what’s available? If you were buying an automobile, you would have a pretty good idea that the brand name of the car might give you some inkling of its value, performance and reputation, from Ferrari to Ford. 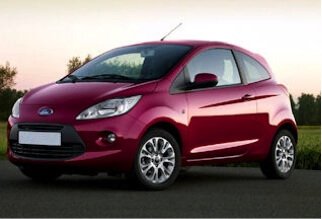 What makes the difference between Performance-Grade pianos and Intermediate-Grade instruments? The interiors and exteriors of luxury pianos use higher grades of wood with the finest grain, color that is even, and/or with greater hardness, strength and/or acoustical properties. Veneers are more carefully matched and finishes polished to perfection. Action assemblies may be tweaked to more exacting tolerances than the original component. More time is spent on final regulation and voicing, the individual care to make each piano a singular gem. Underlying every high-end piano manufacturer is the philosophy of producing top performance-grade products with the driving force being quality – whereas with consumer-grade pianos, cost is usually the greater factor. 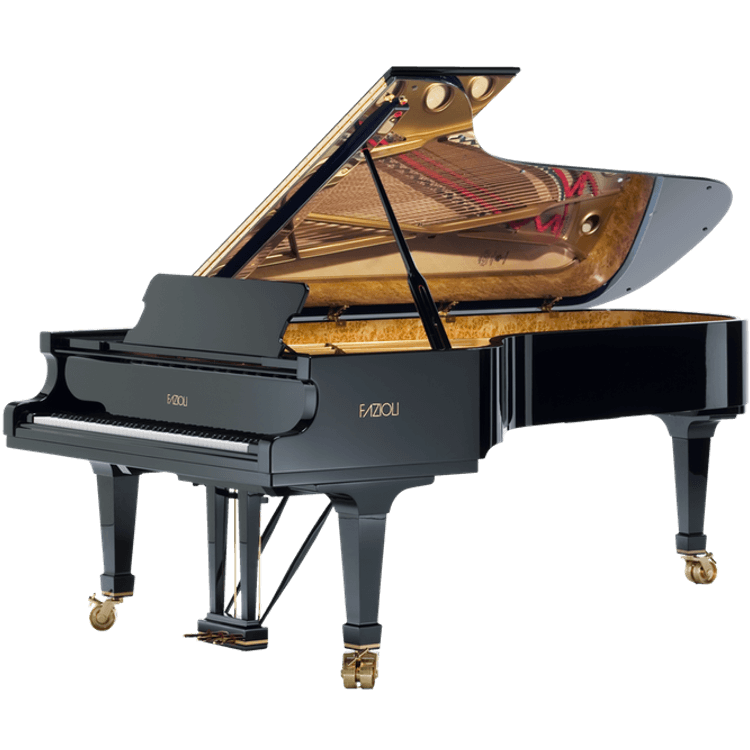 In 1978, musician and engineer Paolo Fazioli of Rome, Italy, began designing and building pianos, with the object of making the finest-quality instruments possible. There is no doubt that this manufacturer has surpassed the best of the best. Now even the most famous piano makers of Western Europe are recognizing his accomplishment, and artists throughout the world are using the instruments successfully on the concert stage and elsewhere. Many artists, and others most familiar with Fazioli pianos, describe them as sources of inspiration with a wide color palette and dynamic range, and combining great power with great warmth in a way that causes music played on them to “make sense” in a way made possible by few other pianos. 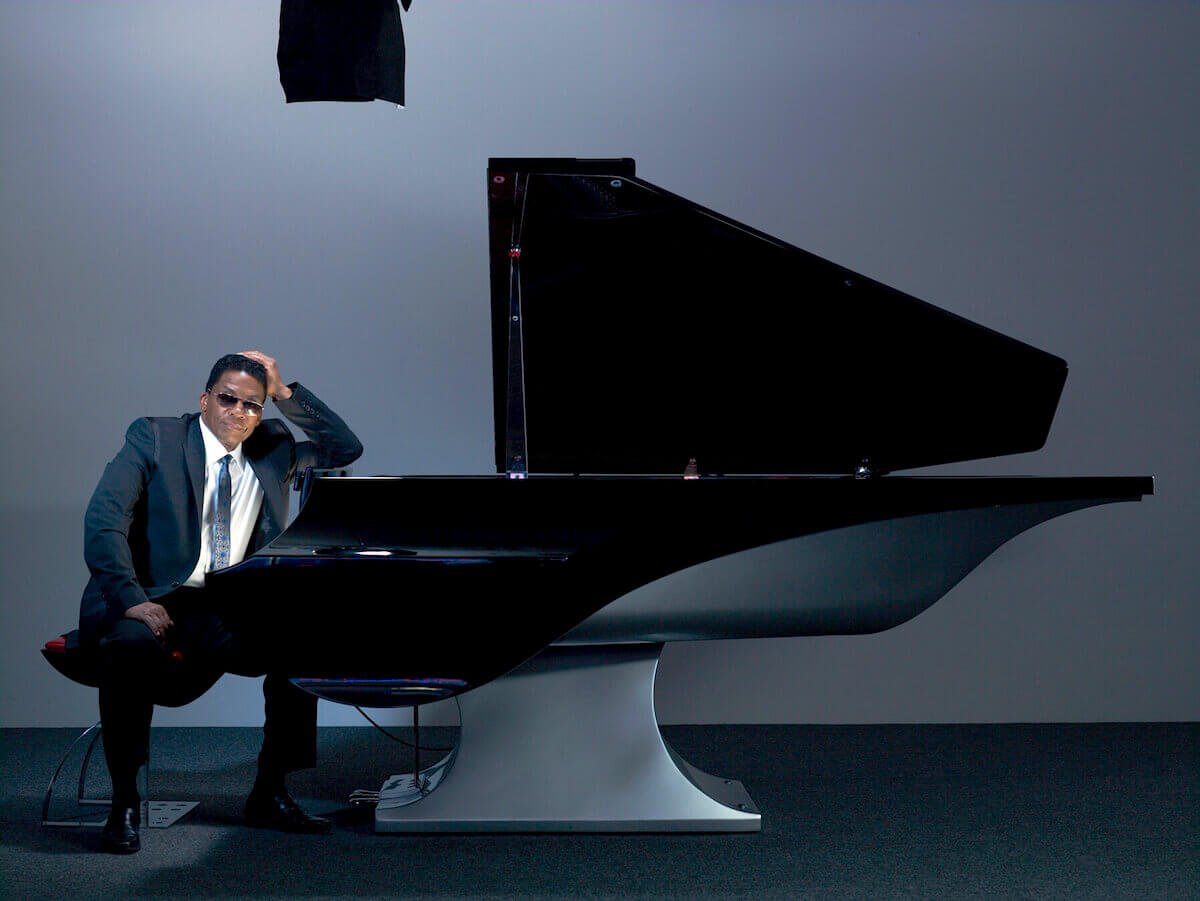 Fazioli builds only grands, about 150 per year, in six sizes from 5′ 2″ to 10′ 2″, the last one of the largest pianos in the world, with the further distinction of having four pedals. Three are the usual sustain, sostenuto, and una corda. The fourth is a “soft” pedal that brings the hammers closer to the strings — similar to the function in verticals and some older grands — to soften the sound without altering the tonal quality, as the una corda often does. A unique compensating device corrects for the action irregularity that would otherwise occur when the hammers are moved in this manner. The fourth pedal is available as an option on the other models. Fazioli also offers two actions and two pedal lyres as options on all models. Having two actions allows for more voicing possibilities without having to constantly revoice the hammers. A second pedal lyre containing only three pedals can be a welcome alternative for some pianists who might be confused by the presence of a fourth pedal.

In 2001, Fazioli built a new, expanded, modern piano-production facility, and in 2005 opened an adjoining 198-seat concert hall with a stage large enough for a chamber orchestra, where he maintains a regular concert schedule of well-known musicians who perform there. The concert hall is designed so that it can be adjusted acoustically with movable panels and sound reflectors to optimize the acoustics for performing, recording, or testing, and for different kinds of music, musical ensembles, and size of audience. The hall is used for the research and testing of pianos — every instrument Fazioli makes is tested here. In addition to these activities in the concert hall, the new factory also contains a department for ongoing research in piano design in cooperation with a number of educational institutions.

Fazioli pianos have inner and outer rims of maple, and seven-ply maple pinblocks from Bolduc, in Canada. The pianos have Renner actions and hammers and Kluge keyboards. The bronze capo d’astro bar is adjustable in the factory for setting the strike point and treble string length for best high-treble tone quality, and is removable for servicing if necessary; and the front and rear duplex scales can be tuned to maximize tonal color. The company says that a critical factor in the sound of its pianos is the scientific selection of its woods, such as the “resonant spruce” obtained from the Val di Fiemme, where Stradivari reportedly sought woods for his violins. Each piece of wood is said to be carefully tested for certain resonant properties before being used in the pianos. Similarly, three different types of wood are used for the bridge caps, each chosen for the most efficient transmission of tonal energy for a particular register.

An incredible level of detail has gone into the design and construction of these pianos. For instance, in one small portion of the soundboard where additional stiffness is required, the grain of the wood runs perpendicular to that of the rest of the soundboard, cleverly disguised so as to be almost unnoticeable. The pianos are impeccably prepared at the factory, including very fine voicing — even perfect tuning of the duplex scales.

A series of stunning art-case pianos is a testament to the ability of the Fazioli artisans to execute virtually any custom-ordered artistic variation on the six Fazioli models. 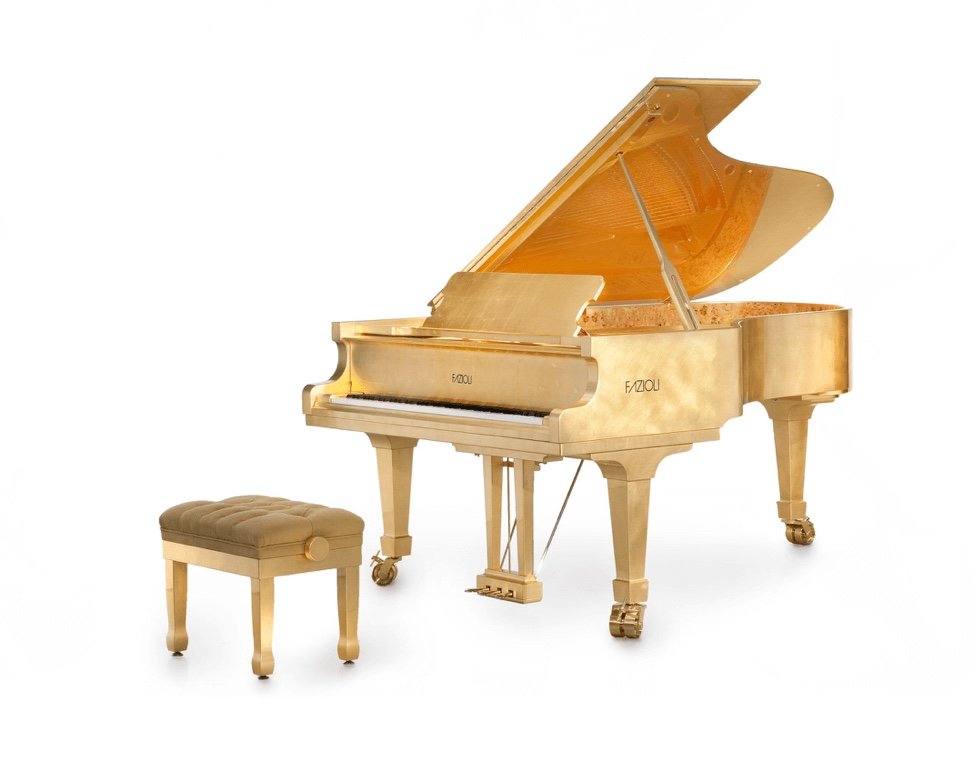 Each Fazioli piano is built saving one ton of carbon dioxide, thanks to the use of electricity produced by a new photovoltaic system installed on the roof of the Fazioli factory.

Warranty: 10 years, parts and labor, transferable to future owners within the warranty period.