Since 2000, Hailun factory has been doing full-scale piano manufacturing in a facility employing 800 on 400,000 square feet.  Another 200,000 square foot was opened for distribution to the US market. A cabinet factory began production in 2008. Hailun took the company public on the Shenzen Stock Exchange.

Currently, the Hailun line consists of four larger verticals and five grand pianos. In 2010, the company introduced the 52″ model HU7-P, with a duplex scale, agraffes, and a steel capo bar for an American sound. This model also has a middle pedal that operates a true sostenuto mechanism.

Be aware that model designations (on the cast-iron plates of some Hailun pianos) may differ because the models may have different names in the Chinese and U.S. markets. In each such case, the scale designs are the same, but, according to Hailun, the U.S. models contain the higher-quality parts and materials advertised in U.S. marketing materials and on the Hailun America website.

Hailun also makes pianos or components under contract for several other manufacturers and distributors. Hailun America is in the process of introducing several new grand and upright piano models under the Emerson brand name (formerly the Hailun Vienna Series).  Located in Boston, the Emerson company grew into one of the largest and most reputable piano manufacturers of its time, selling its pianos throughout the world. The distributor of today’s Emerson piano says that it seeks to continue the tradition of bringing together the new and old worlds, combining European, American, and Asian resources to address the need for an exacting, quality instrument that “reflects the Western tradition of piano building” at a more favorable price, and to “create a warm tonal experience in the tradition of the Viennese sound.” 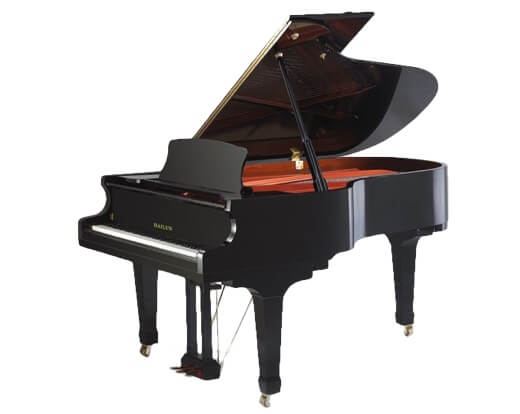 Emerson pianos are designed by an international team of piano designers close to the Hailun factory, and are manufactured by Hailun. The wood for its soundboards is sourced from the North Austrian Alps. The grands are designed with a wide tail, vertically laminated maple bridges, a slightly firmer touch, and faster action speed. The vertical has a patented TriGon duplex scale, agraffes, a full-perimeter plate, and an enhanced soundboard design. Each purchaser of an Emerson may, within 18 months of purchase, request that a special highly qualified technician, known as a Vienna Concert Technician, spend a full day of concert-level regulation and voicing on the piano at the customer’s home.

In 2011, Hailun introduced a slow-close piano lid in all its grand piano models. Graphically named the Hailun Limb Protection System (HLPS), this is a version of the Safety-Ease retrofit system, built into the piano at the factory. HLPS allows even a child to easily lift the otherwise heavy lid of a grand piano without danger, and prevents a falling lid from crashing down onto arms and hands. A version of HLPS, called HLPS Plus, and available only in the Vienna models, allows the user to adjust a grand piano lid to any position without the need for a lid propstick. Apart from the safety benefit, HLPS Plus allows the user to modulate sound projection by adjusting the lid position.

Hailun is a little different from most of the other Chinese companies selling pianos in the U.S.: Its founder and owner, Chen Hailun, is an entrepreneur in the Western style, and deeply involved in every aspect of the business. Originally a maker of molds for industrial use, Chen got into the piano business when piano manufacturers started to use his services to make piano parts. In 1998 he bought out the government’s position in his company to better control quality and hiring decisions.

While modern manufacturing methods are fully utilized, the factory also uses a large amount of skilled manual labor. Chen seeks out the best workers by paying considerably higher wages than other piano makers in China, he says, and provides an in-depth training program for his workers, conducted by piano builders and technicians from the U.S. and Europe. He also assists in the training of future piano technicians through an association with a local university. His greatest aspiration, Chen says, is to make the best piano in Asia.

Over the years, much of Chen’s technical efforts have gone into maximizing the precision and stability of the pianos and parts his company makes. This is evidenced by the substantial investment in computer-controlled machinery used for precision cutting; the design of keys, keybeds, and other parts to resist warping; and the fact that grand piano actions are actually interchangeable between instruments of the same model (this requires an unusually high level of precision). The pianos themselves exhibit good quality control and intelligence in design. In terms of materials, the company uses maple in grand piano rims, a feature indicative of higher quality and arguably necessary for the best sound. In 2011, the company began sourcing its own supply of the highest-quality Austrian spruce, and plans to make its own soundboards with this spruce for select piano models.  To help it reach the highest quality standards, Hailun has also hired an impressive group of experts from Japan, Europe, and the U.S. In 2009, to oversee and assist with quality control, Hailun hired the prior owner of one of the oldest and most reputable European piano companies, closed in 2008 after more than 200 years in business.

Hailun USA has initiated several support programs designed to increase the speed at which service requests are handled, and to measure customer satisfaction. It has also introduced the Hailun Dream Assurance Program, in which the company guarantees, subject to certain limitations, that the sound of any purchased Hailun piano will be to the customer’s liking or, within 90 days of purchase, the company will exchange the piano for another of the same model. Under the company’s Gold Service Program, Hailun dealers are obligated to provide each customer with one free service call between 60 and 180 days after purchase of a piano.

Warranty: 15 years, parts and labor, to the original owner, transferable to the second owner within the warranty period. 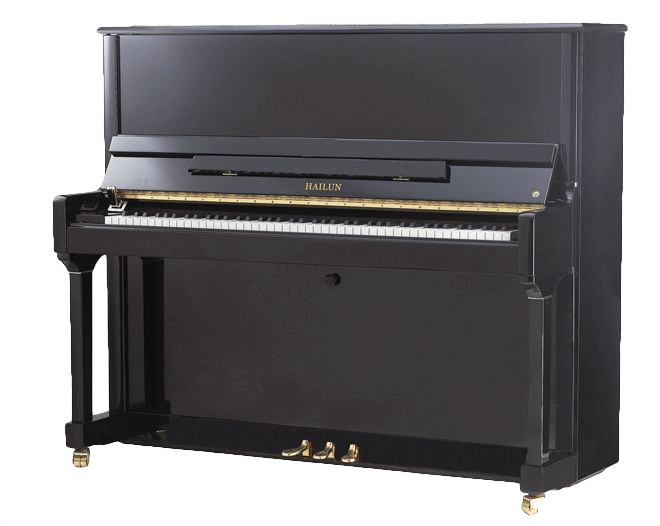