Five generations of the Petrof family owned and managed the piano factory founded in 1864 by Antonin Petrof in Hradec Králové, an historic town near Prague, in the present Czech Republic. Their fine reputation came from keeping up with technology and they did well at international exhibitions. The Czechs have longstanding respect for their vibrant musical-instrument industry, which also includes makers of brass, woodwind, and stringed instruments.

In 1947, when all businesses in the Czech Republic were nationalized by the state, the Petrof family was forced out of the business. Since the fall of the Soviet Union and the liberation of Eastern Europe, some factories have been spun off as private businesses, including Petrof, which is once again owned and controlled by the Petrof family. Currently Petrof manufactures 5,000 vertical pianos and 900 grands annually. 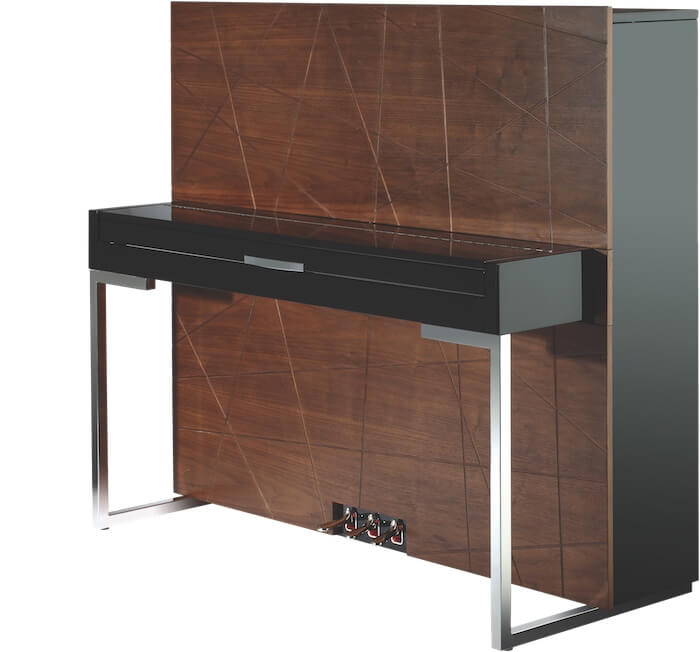 Petrof recently introduced a series of six new grand piano models, ranging from 5′ 2″ to 9′ 2″ in length. Most component parts are produced by Petrof or other Czech factories, including the hardware, plates, and cabinetry. Soundboards are of solid Bohemian spruce, grand rims are of laminated beech and birch, pinblocks are of compressed beech, plates are cast in wet sand, and hammers are from Renner or Abel. These pianos also boast several interesting features: The soundboard is custom-tapered and asymmetrically crowned for optimal resonance; the treble bridge is capped with genuine ebony for better transmission of treble tone; front and rear duplexes are tuned for tonal color; pianos are single-strung for tuning stability; an adjustable bolt has been added from the plate to the wooden cross block for additional tuning stability; and a decorative veneer has been added to the inner rim. The earlier series of Petrof grandswith model numbers containing roman numerals will coexist with the new models as long as supplies last.

Petrofs are known for their warm, rich, singing tone, full of color. The pianos are solidly built and workmanship is good. After careful preparation, the pianos can sound and feel quite beautiful and hold their own against other European brands. Wages in the Czech Republic have risen in recent years, and with it the price of Petrof pianos, but the company has placed a greater emphasis on quality control and enhanced features in the new models in order to meet the higher expectations that come with higher prices. 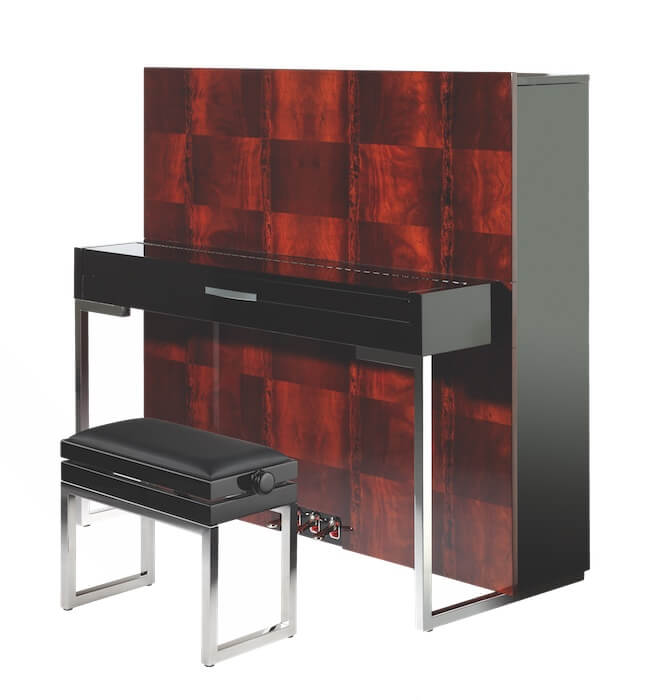 Actions in Petrof pianos are standard Detoa on the smaller verticals, Renner on the larger grand pianos and larger verticals, and either Renner parts on a Petrof action frame or Petrof Original Actions made by Detoa on mid-size instruments.

Petrof has also invented and patented a version of its new grand action that uses tiny opposing magnets to allow for the removal of the usual lead counterweights in the keys and, according to the company, significantly alter the action’s dynamic properties. The new action also furthers the European Union’s stated environmental goal of phasing out the use of lead in pianos. The action is adjusted in the factory for a standard touchweight and is serviced in exactly the same way as a standard action. The Magnetic Accelerated Action, as it is known, is a special-order option on the grands. Petrof also offers as an option the Magnetic Balanced Action, which allows the player to quickly and easily change the touchweight in the range of ±4–5 grams simply by turning a knob.

Warranty: 10 years, parts and labor, to original purchaser, from the manufacturer.