Wilhelm Schimmel began making pianos in Leipzig in 1885, and while interrupted by two World Wars and the Depression, the company rebuilt with a strong reputation for quality. Today, Schimmel makes 2,500 verticals and 500 grands per year and is one of Europe’s most prolific piano makers.

Among European piano makers, Schimmel was a pioneer in the use of computer-aided design and manufacturing. The company has used its Computer Assisted Piano Engineering (CAPE) software to research, design, and implement virtually every aspect of making a piano, from keyboard layout and action geometry to soundboard acoustics and scale design. Schimmel maintains that the combination of CNC machinery and handwork leads to better results than handcraftsmanship alone. Schimmel also believes that precision is aided by controlling as much of the production process as possible. For that reason, Schimmel produces its own piano-cabinet components and its own keyboards, which it also supplies to other German piano makers.

For a number of years, Schimmel has organized its model lineup into two principal categories: Schimmel Konzert (K-models names) and Schimmel Classic (C-model names). The purpose of the Konzert series is to expand the Schimmel line upward to a higher level of quality than previously attained. The Classic series consists of the rest of the verticals, the 6′ model 182 grand, and the 6′ 10″ model 208 grand. This series represents time-tested models that are solid, traditional, high-quality instruments, but without all the latest refinements.

The Konzert series uprights — 48″ model K122, 49″ model K125, and 52″ model K132 — are based on a more sophisticated philosophy of construction than the Classics. These models incorporate triplex scaling and other advanced design features. Schimmel’s philosophy for these uprights was to design them to be as much like the grands as possible. The treble scales, in fact, are exactly the same as in the Konzert grands. All uprights have adjustable gliders (to adjust to unevenness in the floor) and come with a matching adjustable bench. 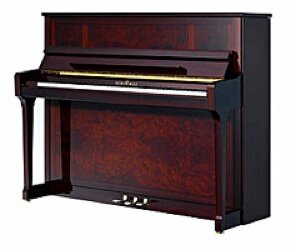 In all Konzert grand models, the case sides are angled slightly to obtain a larger soundboard, and all have tunable front and rear duplex (“triplex”) scales for greater tonal color, real ebony sharps, and mineral white keytops to mimic the feel of ivory, among other advanced features. The largest grands have reinforced keys for optimal energy transmission.

In 2013, Schimmel announced a major change to its model lineup: An updated, more upscale Konzert series of grand pianos. Notable changes include the use of the model 280’s concert-grand action in all Konzert grand sizes, requiring a redesign of each model; selection of improved soundboard and bridge materials; and more time spent voicing the instruments at the factory. Schimmel will continue to produce the previous Konzert grand models entirely in Germany, under the Classic name. Other lines just released to dealers include Schimmel International (built in Germany, with parts sourced internationally) and Wilhelm Schimmel (to be assembled in the company’s factory in Kalisz, Poland). These last two lines represent new production concepts and will serve as replacements for the older Classic instruments and the Vogel brand.

Schimmel grand pianos have historically had a tone that was very bright and clear, but a bit thin and lacking in color in the treble. The grands were redesigned, in part, to add color to the tone, and the result is definitely more interesting than before. Sustain is also very good. The pianos are being delivered to U.S. dealers voiced less bright than previously, as this is what the American ear tends to prefer. As for the verticals, the smaller models tend to have a very big bass for their size, with a tone that emphasizes the fundamental, giving the bass a warmer character. 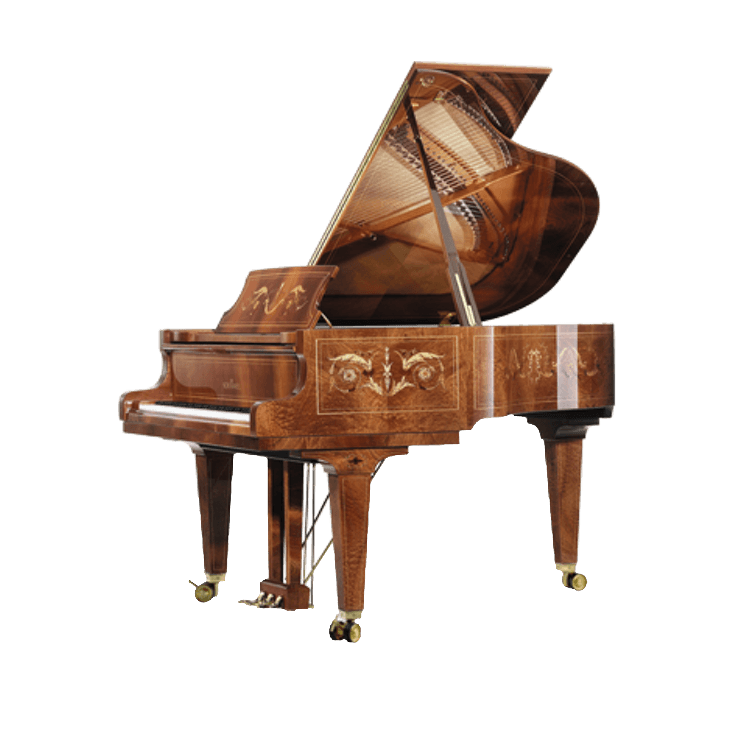 Schimmel acquired the PianoEurope factory in 2002 in  Poland, a piano restoration and manufacturing facility. Schimmel at first used this factory to manufacture its Vogel brand, a moderately priced line named after the company’s president. This line has now been replaced by the Wilhelm Schimmel brand. The skill level of the employees is said to be high, but lower wages and costs result in a piano 30 percent less costly than the Schimmel. Wilhelm Schimmel grand pianos feature full Renner actions, with other parts mainly made by Schimmel. The Wilhelm Schimmel pianos, though designed by Schimmel, don’t have all the refinements and advanced features of the latest Schimmel models. Nevertheless, under the Vogel name, which can still be found in dealer inventories, they have received praise from many quarters.

Until 2012, Schimmel imported an entry-level series of pianos from China under the name May Berlin. The pianos were made by an unspecified supplier. The company says it sent soundboard wood and hammer felt for grand pianos to the supplier’s factory. When completed, the pianos were inspected in the factory by a top Schimmel technician. 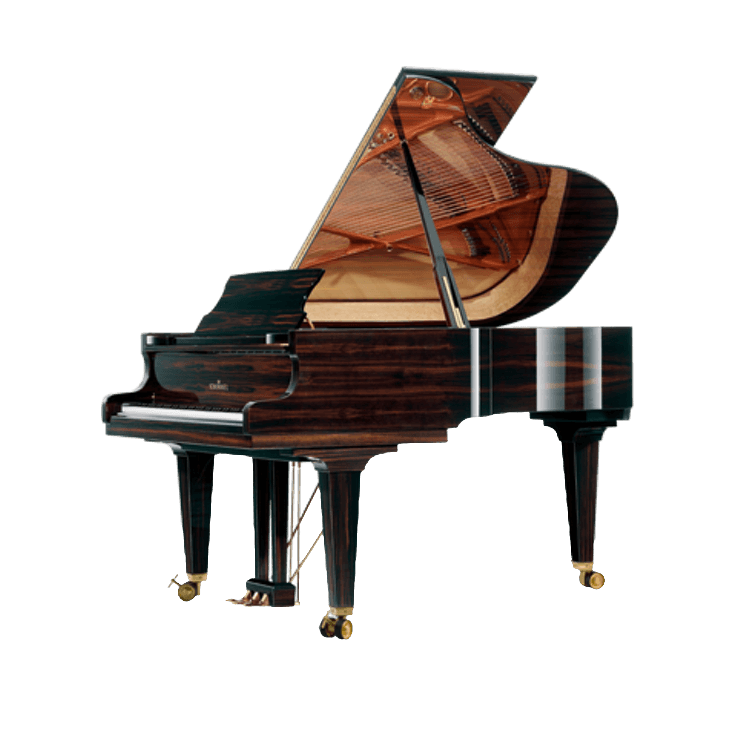