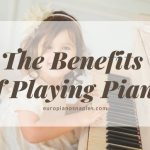 Pianos have been around for hundreds of years and have never yielded their place as the preferred and select musical instrument. There are good reasons for this.  Unlike other instruments, the piano provides both melody and harmony, requiring no accompaniment.  (instead, piano is usually required as the accompaniment to other instruments.)  This makes it a world of music unto itself, and a whole “container” for individuals to pursue music solo or in public.

But that is merely the most obvious boast of pianos.  In truth, the piano is a time-honored wellspring of extraordinary advantages for any adult or child who makes the effort to learn to play. Piano playing, even at the most rudimentary levels, opens up an entire world of benefits to the individual.  The benefits are so vast that we can actually say they are mind blowing!

The most superficially alluring of all the benefits are the obvious social benefits. 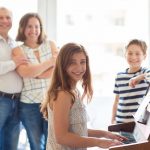 People love music, and musicians are often sought after to participate in social events.  This increased participation is a wonderful way to round out the personalities of both children and adults in an ever-increasing world of lives lived in relative seclusion, devoted to computers, television, and gaming devices.

Influencing the Quality of Life of Others 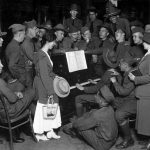 When someone walks into a room and sits down at a piano, the entire mood of a family or group can be lifted by music.  There is the potential for magical power with the ability to transform the everyday into–the memorable, the enjoyable, the notable shared musical experience.  People who share their talents with others are a magnet for friends and new experiences.  If you play the piano, chances are you’ll never be lonely again! 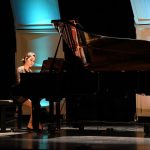 The commitment to learning to play piano represents a major benefit in one’s outer representation of self.  There will be disappointments as well as successes, as learning to play music is a life-long pursuit. There is always the next level, the next challenge and mastering it is never a fait accompli, even for professionals. Musicians learn to roll with the punches, and react with ease to their own mistakes or equally daunting, the acceptance of accolades from others.  Such experiences give pianists the added benefit of public and social ‘presence’ – being comfortable in their own skins—which can benefit all other endeavors in their lives, as well.

Learning to play the piano requires focus, concentration and practice!  It is not an easy task to set for oneself, and it requires commitment (or in the case of children, a little inducement).  But the added physical benefits are worth every struggle. 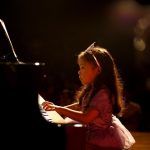 In the young, all kinds of new coordination skills are developed, but even in adults, the hand-eye coordination and the strengthening of the muscles in the hands is vastly improved.

In the beginning it is difficult and frustrating to coordinate two hands, each playing something different, so it splits your concentration.  Learning to do that is a tremendous skill in itself, but it also allows you later to hear differently, splitting your aural awareness of your playing in both up close or from back of the room vantage points. Splitting your focus is a mental training that will serve in other ways in everyday multitasking. 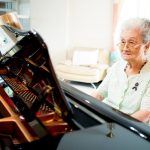 Studies have found that ongoing piano playing by older people slows down the losses of memory, losses of hearing and slows the breakdown of intricate processes of the brain in advanced aging.  That benefit alone, like doing crossword puzzles and word games, is something like putting money in the bank of the future.

Music has Charms to Soothe a Savage Breast 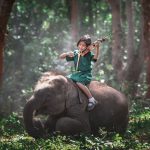 While we’re on the subject of health benefits, we don’t want to forget that mental health is as important as keeping our bodies flexible and coordinated. Music is soothing and healing, even to an ailing elephant in Thailand (above). 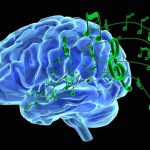 It’s widely reported that learning to play piano has a tremendous effect on the brain.  While some people’s brains seem to be more adept at piano, scientific studies have ascertained that learning piano can actually change brain structure and mental abilities, improving skills in people who come to it less naturally.

Furthermore, in other studies that compared piano practice to other activities like sports, crafts, and hobbies, the piano players showed better psychological and neurological improvement as their tactile and kinesthetic skills were honed. 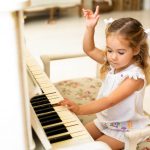 While better self-esteem may seem like a natural offshoot of accomplishing anything, it was nonetheless put to a test.  In a study of children with three years or more of piano study, they tested higher than non-musical children in self esteem and confidence in their abilities.

Playing the piano often leads to performance opportunities. It could be playing for family and friends or at teacher recitals or even proper concerts.  Learning to focus on sharing music rather than on our own fears and insecurities develops confidence and presentation skills necessary in life. 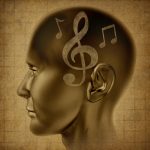 The piano can be a great stress reliever, and in the process, playing on a regular basis can improve one’s ability to handle stress to begin with. Because of the complexities of the piano, and its challenges, it is so much more involving and personal to the player. It is not a mere diversion or past time, but a comrade or accomplice of sorts, in everyday living situations. It has brought great solace to many people. Many physicians, politicians, lawyers and actors play piano to decompress after a difficult day. 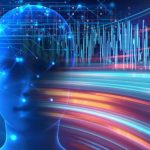 In 1993, researchers tried to establish the idea that listening to Mozart made children smarter.  It caused a stir which increased when some German researchers strengthened the idea. They found the region of the cortex that is responsible for analyzing pitch was 25 percent larger in musicians– the size increases correlated to the age at which the musician began playing. Thus, musicians would ideally be started young.

However, other researchers, discovered the Mozart Effect effects did not last more than an hour. They discerned that the real discovery in all this might be that playing an instrument (as opposed to listening to music) is the thing that really catapults one’s intellect. Their later research showed early language development and spatial-temporal intelligence could be boosted by music lessons for preschoolers.

In further exploration, which instrument might provide the strongest cognitive returns became a huge scientific project, and the winner of this research over all other instruments, was the piano. A team found that those receiving piano lessons had scores boosted 34 percent higher on tests measuring spatial-temporal ability.  This big revelation was all the more important for these skills figure heavily in activities like mathematics, science, engineering, and playing chess, thus music lessons affected much more than making music.

Some of the things to be learned are: Sightreading, Notes, Intervals, Chords, Theory, Ear Training, Scales, Arpeggios, Rhythm, Articulation, Technique, Interpretive skills and Compositions. While it may sound daunting, it’s no more than one learns doing anything well. Whether it’s designing a building, competing in sports, or playing world class bridge, the details coming together is what makes the endeavor worth doing in the first place.  It is the secret to joy in our lives. 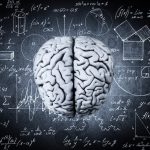 Rhythm is not something you’re necessarily born with; it can be learned and developed in piano lessons. One of the really astounding finds is that children exposed to music training over time, in programs of complex tonal and rhythmic skills displayed superior cognitive performance in reading and language comprehension in comparison to non-musical kids.

Studying the piano aids in understanding math. Time signatures specify how many beats there are in bar. Notes each have a value, some are fractions. The multitasking and variety of tasks in children’s piano lessons mirror much of the complex needs that adults later face. 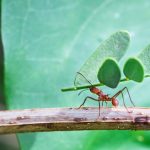 Children and adults alike who have learned the skills of organization, concentration, patience, and time management find that life becomes more manageable and less stressful. Piano lessons are almost a metaphor for life, in this respect. Scientists have tested the brains of musicians and discovered that multiple areas of the brain light up when playing. The discipline needed to play piano is the equivalent of a total brain workout. It takes focus, practice and patience to learn to play piano. It’s a gradual, encompassing, and thoroughly consuming endeavor that builds habits and inclinations in people that will serve them throughout life in many different ways. Anyone who has practiced scales on the piano knows that instant gratification is not the way to make music, nor is it the way to live one’s life to reap its best rewards. 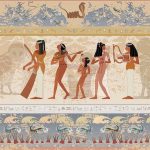 Exposure to music lessons can be an education in more ways than how to play a tune. The rich history of pianos, famous musicians, old world countries and cultures are part of the backdrop of musical exploration.  Learning is often prompted by curiosity. When one sits in front of a piano, it is not uncommon for the player to filled with questions and the music and lead to study of music theory and, music libraries. The heritage of classical, folk, and jazz music can be an adjunct of information that both informs the performance as well as educates and delights the musician. 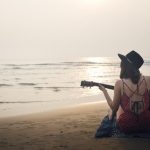 If one had to define “spiritual,” there would be references to the Divine, the connections to the universe, the basic dimensions of one’s life and inner self.  The definition would also encompass creativity, which is, after all, the expression of one’s deepest inner feelings and awareness of self in relation to the world. Playing piano is a doorway, egress for the emotions and reflections of the personal spirit that resides in all humans. Some call it soul.  Some call it a personal muse. But music is fundamental to us because of the spiritual/creative release it provides.

Heals and Soothes the Inner Soul 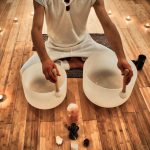 Often when we are troubled, there are no clear resolutions or answers to our issues. A problem can fester within us, causing our lives to take dangerous turns of illogic and despair. It is at these times that playing music can be almost a balm for the illness within. It provides access to parts of ourselves that we cannot put into words or actions. Each person has an inner self that hides from the everyday mundane experience, and is awakened by the peak experiences of peaceful contemplation and beauty. It often remains a mystery, but when stirred, there’s no mistaking it.

Music for Churches and religious events 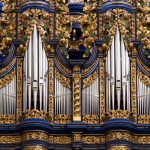 For those who attend religious services, an organ or piano is often featured to provide liturgical music to celebrate and praise the divine entity and enhance the experience of worship and prayer. Pianists provide community service and get personal pleasure from such employment. If one’s religion reflects the most private values and worth of individuals, then it is music that echoes those ideals.

Playing the piano offers myriad benefits that can enhance every aspect of your life.  To own and play a piano places you into a cultural tradition that has abided for the last three centuries. The power of music has sustained human beings since their beginnings, and the joys of learning to play a piano enrich every individual who chooses that path.

Please visit our website and choose the piano of your future, and let us help you realize that spectacular dream.